I have to tell my side of the story about Bravo, because of his comment in Kabul Gym that he was an “awkward” teenager. I have to vociferously disagree, and since it was in a blog post, I suppose I will have to make my complaint in a blog post, too.

His choice was to stay in Kabul. Mine was to go to school in the free and open Punjab of Pakistan, where I could wear jeans, listen to music, play sports, and even (gasp) talk to boys outside my immediate family. I think it is clear that these choices had much to do with gender. If I had been a boy, I would have enjoyed biking the streets of Kabul and working out under the Ustaz, too, but alas, Kabul of the late 90’s offered little excitement for teenage girls. Sadly, it meant that half of my high school years were spent separated from my childhood best friend, fellow adventurer, and little-but-almost-the-same brother.

Vacations home in Kabul were wonderful, and full of fond memories which I could write about another time, but this is about Bravo. Every time I came home, his beard was a little more full, still neatly trimmed and combed, but becoming more manly day by day, and more importantly, increasingly pacifying to the current regime. If my dad, who still insisted on daily shaves, encountered a young man endowed with the premature power of a black turban and a large gun, eager to prove his zeal, arguments would ensue on the meritorious advantages of a suitably long beard versus the economic benefits of saving soap. Dad was (and is) funny, but such encounters didn’t always endear him to the Vice and Virtue Enforcers. Bravo opted for a more diplomatic route: Wear a beard, and tactfully deflect the complaints of power-happy men with carefully measured words. Often, we would be out places without my dad, and it was Bravo’s presence that guarded my sister, mother and I from negative experiences, and his calm and wise responses given in courteous and patient conversation allowed us time to walk away from the curious eyes of these men who had spent the afternoon tearing the tape out of the cassette decks of hapless taxi drivers or using a Sharpie marker to censor pictures of eyes and faces and other such horrifying displays of depravity. He would catch up to us in a few minutes and wave down a taxi, bargain, and give directions home. I remember one time we were in the used clothes bazaar trying to find something sort of Western-looking that I could wear at school. My mother, sister and I were rifling through bins of clothing when the Moral Requirement Squad showed up. I was carefully covered: every strand of hair was safely tucked inside my voluminous black headscarf, which was tucked behind my ears and then folded over to hide them from potentially lustful eyes, and the black material extended past my knees, where baggy trousers and a long top modestly hid my lovely legs all the way down to my almost certainly tempting ankles. My mother, on the other hand, had shamefully allowed her scarf to slip slightly back, exposing a strand of irresistible hair. It was utterly scandalous. The Perfection Police could not allow such a breach, but they could also not look upon something so scathingly sinful or speak to the owner of the well-shampooed and glorious hair. So they looked to Bravo. “Tell your mother to cover her hair,” they said, within her earshot. She clenched her teeth, looked away and did as they asked. Bravo, knowing that the better part of valour is wisdom, answered with the usual grace, and they moved on.

So was Bravo an awkward teenager? I don’t think so. He was a diplomat through and through. 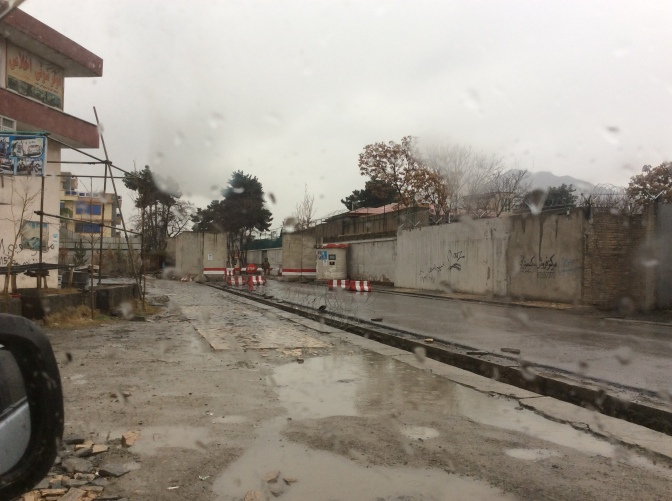 View all posts by Lima