I previously wrote about how my dad seems like the unlikeliest of world travellers. Yet if you were to find yourself high up in the Hindu Kush mountains in the middle of winter, he would be the person you would want with you. I discovered this just over ten years after our night in the Khyber Pass.

Dad had just returned from Canada. He had not yet had time to unpack his bags, much less acclimatise to the nine-thousand foot altitude. Yet word of his return spread like wildfire. He soon received a call from a man who was desperate for his teenage son to be transported to the hospital. He was suspected to have appendicitis, yet all roads to his village were impassable.

Dad wasted little time in getting the snowmobile up and running, fuel and oil topped up, sled trailer attached for the patient, blankets packed. I went along as a spare driver.

I should mention that Dad had had a heart attack only a couple years previously. He had been on a snowmobile when it happened. I had driven him back home before he was medevaced out of the country. This grim memory played on both of our minds as we began the journey.

On the outskirts of town we stopped to pick up a relative of the patient who would guide us to the village. He wrapped himself in blankets and sat on the sled behind us. The snowmobile and sled glided gracefully over the snow, making short work of the miles that lay between us and the patient. The sun glistened on the mountains, the snow muffled almost all sound. It was a beautiful afternoon. 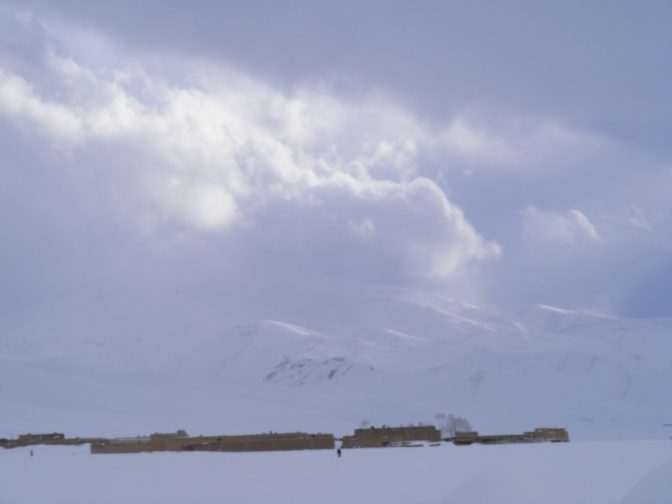 Mostly we followed the road. The snow wasn’t as deep there, it provided a reference for navigation, and there was less chance of hitting unseen obstacles hidden beneath the snow.

When we reached the final mountain pass however, the road was nowhere to be seen. We stopped and looked down at the valley below. “It isn’t far from here,” explained our guide as he pointed ahead. “Just around the bend over there.”

Yet the hidden road wasn’t the only problem. The snow in this valley appeared to be much deeper. To make matters worse the weather was changing. The clouds had rolled in, blocking visibility and blurring the line dividing the horizon into a swirl of white. Sky and land had become one.

Dad quietly assessed the situation before speaking. “We can’t go on,” he stated. “It isn’t safe, we need to turn back now.” Our guide shook his head in disbelief. “The boy will die…” He tried calling the villagers for an update. They too pleaded with us not to turn back. Dad looked at me, but all I could do was shrug weakly. My experience was too limited to know what to do. 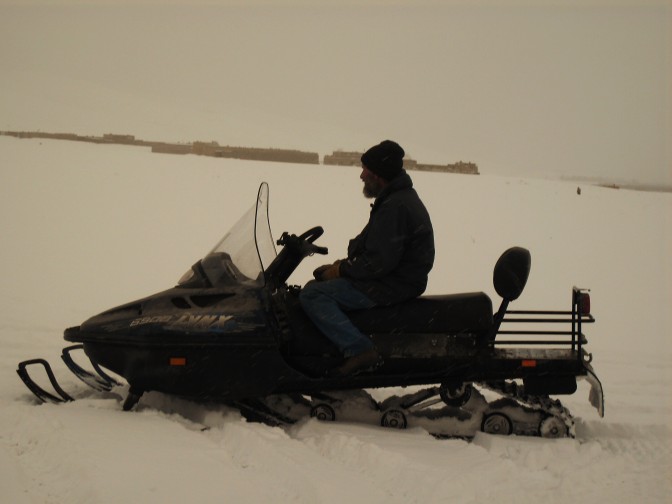