Its been a while since I last posted. We just moved house, so in addition to being incredibly busy with packing and unpacking, we have also been without internet.

Shortly before we moved I revisited what had been one of my favourite walks, going through the Buckinghamshire village of Chalfont St Giles. 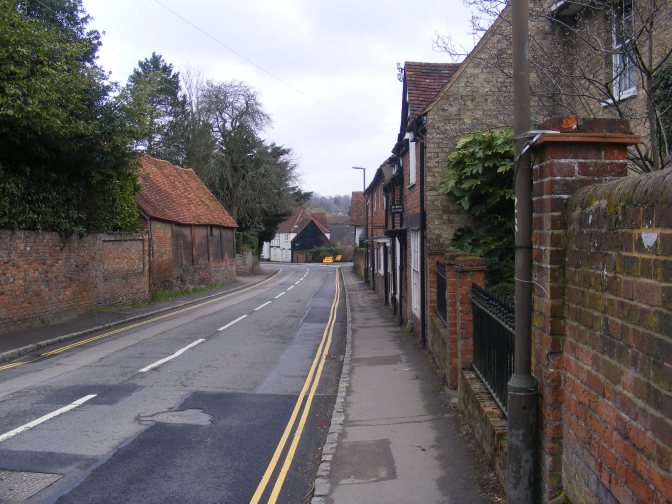 There are a number of things I have come to appreciate about England since moving here over five years ago now (there are also things I miss about Canada and things I don’t appreciate as much, but that is for another post). One of the things I find fascinating and have made good use of is the public pathways and walking trails. Often these wind through private land and fields, but the paths themselves are open to anyone. This allows for anyone with a pair of walking shoes to enjoy the views of the countryside.

Another thing I love about England is the sense of history and the deep connection to the past. In Western Canada, finding a building more than a century old is difficult. In England it is relatively easy to find buildings that have been used for nearly a millennium.  This is not to say that Canada doesn’t have an ancient history, but the windows to the past are much more apparent in England.

In Chalfont St Giles you can walk past the cottage where John Milton wrote Paradise Lost. It has now been converted into a museum, but it still blends seamlessly into its surroundings.

Or you can step even further back in history and explore this Norman era church that was built in the 12th century.  It is open to visitors during the week, and open to worshipers on a Sunday morning, just as it has been for nearly a thousand years.

A connection to the past is not something to be taken lightly. For better or worse, history defines us and defines nations. History is sometimes incredibly beautiful and sometimes incredibly ugly. Either way, it has shaped us more deeply than we often realise. There are few places that I have experienced that contain such a rich and seamless blend of the ancient and the modern as England does.